OTT platforms are the future of the entertainment industry. With the world being digitized at such an increasing rate, online entertainment platforms have seen a huge surge of usage. Smart TVs also contribute to the rapidly growing usage of these platforms. OTT or Over the Top is any platform where you can access content over the internet. Netflix and Amazon Prime are the leading platforms in India for viewing various television sitcoms (Originals, Indian and International origin), movies, kids show, and several other forms of shows. These platforms can be easily accessed online by using their web or mobile applications. However, it is recommended to access these portals on a smart TV or your laptop to enjoy HD or 4K video quality and an excellent Wi-Fi connection. Some of the best broadband deals for new customers are offered by Airtel. But it gets even better when you have Airtel Black.

A new customer can get 3 months of Basic Wi-Fi plan, up to 40 Mbps with extra benefits at nominal rates. Moreover, Airtel also offers some of the best broadband and TV packages for viewers. Users can avail themselves of such offers as bundled services offered under Airtel Black plan.

What is Airtel Black plan?

Now, under Airtel Black, you can combine 2 or more Airtel services and enjoy some extra benefits like free service visits, OTT subscriptions, one bill, priority customer services, and more.

As an Airtel Black member, you will have access to unlimited data (depending on the plan chosen) with a fiber optical Wi-Fi connection, unlimited calls (Postpaid), and a one-year subscription for Amazon Prime platform and Airtel Xstream application.

Thus, If you are an Airtel Black’s broadband plan member and are confused what you should watch next, here’s a list of 5 series you can binge watch this weekend!

ZNMD famed Zoya Akhtar created Made in Heaven – a romantic drama series revolving around the lives of two wedding planners based out of Delhi. It is an Amazon Original series and gained quite a following due to its realistic take on lavish Indian wedding culture. As a member of Airtel Black plan, you can view this series without paying any extra subscription charges!

With a rating of 8.1 out of 10 on IMDB, this 2020 release is a television series for those who like to watch military history of Colonial India. The series is based on true events about members of INA (Indian National Army) led by Netaji Subhash Chandra Bose and their march towards Delhi to fight for independence from Britishers.

Hostel Daze is a television miniseries which connects a chord with the youngsters. It follows a story of four hostel friends who are new on campus and become roommates. It is a light-hearted comedy show available to watch on Amazon Prime.

Another TVF Viral Fever gem is the web series Panchayat. The premise of the series is quite simple and relatable. An engineering graduate (a city boy) ends up becoming a low-paid Panchayat secretary in a small village of Uttar Pradesh. Henceforth, the drama which ensues post that is worth watching, with your Airtel Black plan!

Now, for the viewers who enjoy being at the edge of their seat. This series is definitely the one for them. It is a thriller drama series starring R. Madhavan. It is actually Amazon’s second original and is a sequel to Amitabh Bachchan’s Breathe: Into the Shadows.

With Airtel Black’s broadband connection plan, you can watch all 5 series mentioned above for free! Combine Airtel’s services and enjoy uninterrupted viewing, calling, and surfing! Therefore, when Airtel Black plan is offering you the best broadband TV and phone deals, why look for anything else?!

No votes so far! Be the first to rate this post.

Mobile. DTH. Fiber. All in one plan. 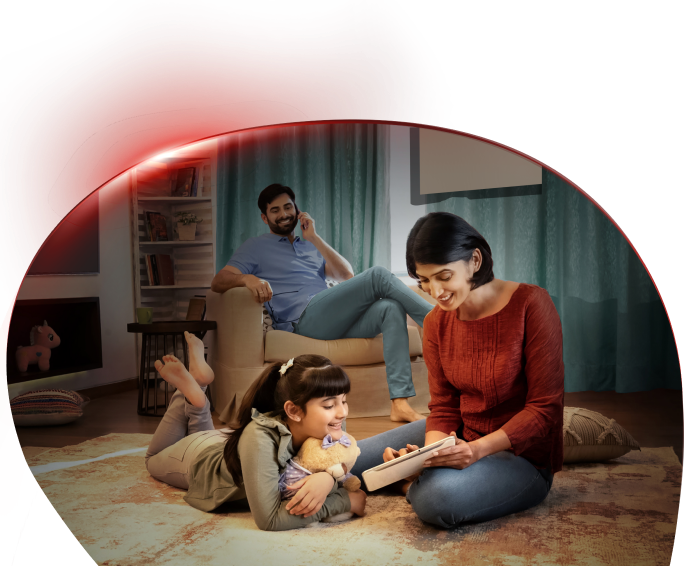